Article Series: It is springtime! A time of growth in nature and a time of annoying irritation for many people.  Every year it’s the same thing, a lot of people seek help for itchy eyes and runny noses, symptoms varying in degree from sneezing to allergic asthma. Many patients I see with this problem are taking some sort of western medication i.e. antihistamine, nasal decongestant spray or cortisone based inhalers. Although these drugs alleviate their symptoms, they all wish to stop taking them as they feel the drugs do not address the root of the problem and might cause side effects. Acupuncture and Chinese Herbal Medicine can offer a real alternative.

Hayfever or rhinitis is a seasonal or perennial disorder characterised by episodes of nasal congestion, watery nasal discharge, sneezing and irritation of the mucous membranes of the throat and nose.  It is due to hypersensitivity of the nasal mucosa to pollen, dust mites, fungal spores, animal dander and saliva, fumes and certain food substances.

When rhinitis occurs in response to allergens like grasses and pollens which have a limited seasonal distribution, it is referred to as seasonal allergic rhinitis, or hayfever.  In between episodes of hayfever, patients are usually asymptomatic.  The main features are frequent attacks of sneezing with profuse watery nasal discharge and obstruction.

The attacks usually last a few hours and can be accompanied by sore watery eyes.

Perennial rhinitis can occur at any time of the year in response to exposure to a variety of mostly non-seasonal allergens, like animal dander, house dust, fungal spores and irritants like cold air, smoke and perfume.  Perennial rhinitis may be intermittent or, in some cases, more or less continuous and in general the symptoms are less marked than seasonal rhinitis.  The main features are low grade itching, irritation and congestion of the nose and eyes, with occasional exacerbations.

Patients with rhinitis usually have swollen nasal mucous membranes, which can prevent sinus drainage, predisposing them to secondary infection and development of sinusitis.  The symptom picture of sinusitis and rhinitis overlap somewhat, but sinusitis usually exhibits maxillary and supraorbital pain, and less sneezing and itching.  See my previous article on Sinusitis for more details.

Rhinitis is an allergic condition.  In Traditional Chinese Medicine terms we relate this concept to deficiency or wei qi.  The wei (or protective) qi has it basis in Kidney Yang and is distributed by the Lungs to al the surfaces of the body.  This includes the mucous membranes of the nose and throat.  If the functioning of wei qi at these surfaces is inadequate, the area will become irritated and inflamed, provoking mucous production and sneezing.

In a TCM context, the allergens which can trigger an episode of rhinitis are a form of external Wind.  This Wind is able to invade the nose in the absence of an adequate defense by wei qi, and remain there.

The typical TCM patterns that exist in a person suffering from hayfever are:

This will be found in individuals who are constitutionally qi deficient, have a history of chronic Lung disease or who have damaged Lung qi with insufficient or excessive exercise.  Lung qi is also weakened by excessive or unexpressed sadness and grief.

Those with weak Lung qi tend to have weak wei qi and will be vulnerable to invasion by, and retention of, external Wind.

Kidney deficiency develops from chronic illness, ageing, overwork or is hereditary.  When the Kidney weakness is constitutional, the symptoms of allergic disease often start in childhood.  The Kidneys are the foundation of all the body’s qi (zheng qi) or which wei qi is one aspect.

Spleen function is usually damaged by bad eating habits and a diet of cold and Phlegm producing foods.  The weakened Spleen function means more Damp and Phlegm accumulcation and the rhinitis of this pattern will tend to generate more mucus that the others.

In the acute phase treatment is focused on relieving symptoms.  A combination of acupuncture and herbal medicine is used and relief can be quick.  For those that have had hayfever for years the treatment should persist between episodes to build the constitution.  This is especially important in the months before the hayfever season.   Kidney deficiency rhinitis can take prolonged treatment to achieve satisfactory results.

Sinus congestion, allergies and tendency to infection benefits considerably from daily washing of the sinuses with warm salty water (with good quality sea salt such as Himalayan salt).  This not only dislodges thick or hidden mucus and any focal infection but also tones the mucous membranes.  Several months of this practice are usually necessary in chronic cases.  The salt water is best introduced into the nose with a specialised pot such as a neti pot.  The warm salty water should come out through the other nostril.

I stock a supply of good quality, NZ made ceramic Neti pots in the clinic for your purchase.

If you would like to discuss hayfever and the possible treatment options, please contact me at Acupuncture Studio at Pt Chevalier, Auckland city. 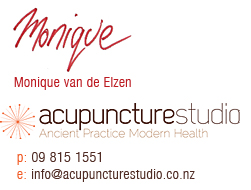